The Feminine Principle in The Odyssey 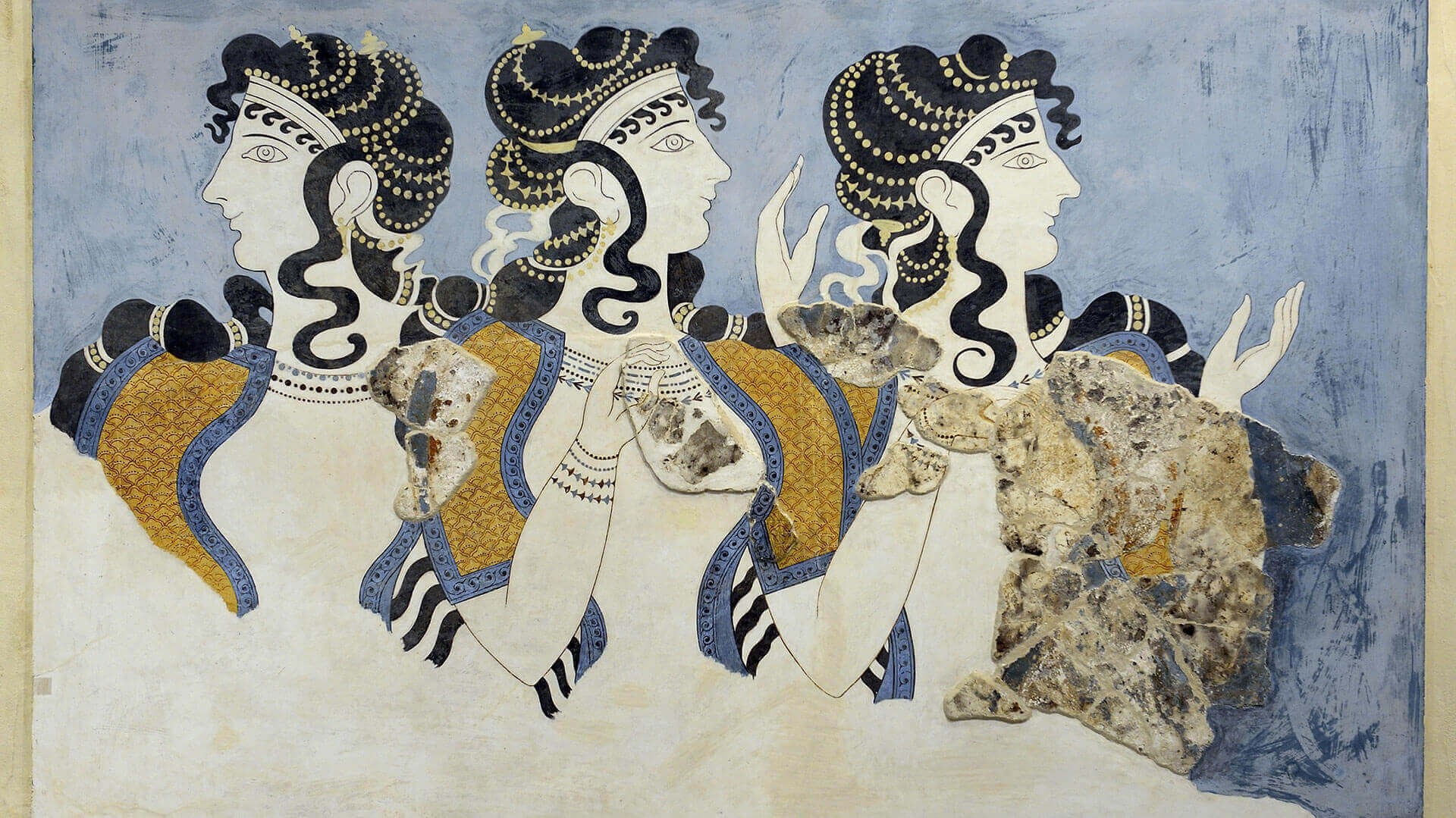 “Throughout the inhabited world, in all times and under every circumstance, the myths of man have flourished; and they have been the living inspiration of whatever else may have appeared out of the activities of the human body and mind. It would not be too much to say that the myth is the secret opening through which the inexhaustible energies of the cosmos pour into human cultural manifestation.” – Joseph Campbell

Joseph Campbell’s extraordinary contribution to revealing the mythic sense of the world through his vast knowledge and excavation of world mythology has both inspired and influenced the trajectory of many of us who work closely with narrative and myth in our work and live daily into the mythic imagination. Steiner education over the past 20 years has provided me with the space to work intensely with mythology through the high school students that I have taught and like Campbell who was also a teacher of young adults for many years, I have often been delighted, uplifted and confronted by these “myths of man.”

Critics of Steiner Education and its wonderfully rich storied curriculum, often cite the androcentric nature of the great narrative texts taught as problematic in our times of increased awareness of gender imbalance and fluidity, and Campbell himself was the first to agree that most of what we know of mythology is what “men have said and experienced, and now women have to tell us from their point of view what the possibilities of the feminine future are.”

It is a sign of our times that popular culture today is filled with new stories of female heroines and female experience as a counter to centuries of patriarchal rule over every aspect of our lives, including our inner lives, however for those of us working with myth’s capacity to bridge one’s everyday consciousness with the mysterium tremendum et fascinans of the universe, we are also very aware of the level where the mythic imagination transcends notions of gender and ordinary consciousness and invites us to penetrate the deeper heart of the archetypal realm that lives in us all.

As another wonderful mythologist Jean Houston, wrote, it is the “mythologically wise community” that can work with and refocus these shadow sides of self and society and Steiner education is, in its multifaceted breadth and depth, nothing if not mythologically wise.

At the centre of that wisdom lies the ancient stories that if told at the right time and with appropriate reverence, have the capacity to inspire and transform our students towards the transcendent. At the heart of the literary trajectory of our curriculum lies the great Homeric hymns of ancient Greece and it has been a true pleasure of mine over the past few years to stand with many year 10 students at that precarious turning point of their school journey looking both backwards and forwards and help them re-member the journey of Odysseus as he turns away from the domination, force and violence of the battleground at Troy, to the direction of his homeland and the inner battles he will now have to undertake in order to find his way there.

The feminine principle lies at the heart of The Odyssey and indeed many scholars have surmised that it must have been written therefore by a woman as its tone and teachings are so very different from that of The Illiad. For Odysseus there is a reckoning and in this phase of his journey the key transformative experiences are with the nymphs and goddesses, the female principle. He has been cast out of ordinary life and he is unable to find his way back. It has been ten years since the Trojan war ended and yet here he is still stranded in a dreamy, mystical, metaphoric world unable to make the necessary move to ensure his safe passage home to his love, Penelope and their son he left at birth, Telemachus.  And it is here that the Goddess enters. Odysseus must learn his lessons now from her.

For those humans whom the Gods favor, and Athena certainly favors Odysseus, the Gods are always close at hand, spiritual potencies whose presence underlies and informs all human existence. The ancient Greek tales not only remind us of the power of the Gods but of their frailty too and it could indeed be said that The Odyssey is as much about the evolution of spiritual consciousness as well as human, for Athena transitions in the tale from the wily war goddess favoring the heroic deeds of The Illiad’s protagonists to the more refined and cultured wisdom deity that is revealed in her guidance and tutelage of Odysseus and his son.  As scholar Charlene Spretnak offers of an earlier representation of Athena;

“ In the Minoan days of Crete an unprecedented flowering of learning and the arts was cultivated by Athena. Dynamic architecture rose to four stories, pillared and finely detailed, yet always infused with the serenity of the Goddess. Athena guided the impulse of the arts. She knew they would never flourish in an air of strife, so she protected households from divisive forces and guarded towns against aggression…to Athena each family held the olive bough sacred, each worshipped Her in their home. Then quite suddenly the flowering of the Minoans was slashed. Northern barbarians, more fierce than the Aegean Goddess had ever known, invaded the island and carried Athena away to Attica. There they made her a soldier.”

The seven year life journey Odysseus spends allegedly spellbound by Calypso on her isle before Athena intervenes, are a fitting backdrop for the recount Odysseus gives of the journey thus far and his submission into the feminine principle that has been so rejected and denied by the world of The Illiad. It is a time of waiting and of integration, with an emphasis on being and reflecting rather than doing, for Odysseus is described so often sitting by the shores of Calypso’s isle staring longingly and forlornly out to sea. A reflection perhaps of an earlier matriarchal consciousness that was inherited by Crete, this is a coming into relationship with the yin force that Penelope has perfected now in her twenty year wait at home for her husband’s return.

For Jean Huston, “home is the pivotal purpose of The Odyssey.” The whole story revolves around coming home and this is Odysseus’ major task – to re-educate his heart and mind to the conditions needed to come home and into full partnership with his beloved. This initiation and integration of the feminine principle occurs through relating to each of the nymphs Circe, Calypso and Nausicaa who Campbell has compared succinctly in their manifestations of temptress, wife and virgin, to the three goddesses Aphrodite, Hera and Athena who are competing for the prize of beauty with Paris prior to the Trojan war.

This earlier divisive act of Paris choosing one aspect of female divinity to serve over all the others, an act Zeus knows he cannot do and therefore tests man with, can be seen as a rejection and misunderstanding of the whole feminine archetypal principle – played out in the kidnapping, conquering and possessing of women in The Illiad –  and one that will need to be re-visited and healed by Odysseus before he can return to a proper relationship with his wife.

Penelope and her own initiation to embody the yin essence and endure whilst remaining faithful and loyal despite the temptations of the suitors in her house is intricately woven through the plot and mirrored by the motif of her weaving the shroud to keep them at bay,

“These men are in a great hurry, but I wind my schemes on my distaff. First there was the shroud. Some kind spirit put it into my head to set up a web on my loom, a great web of my finest thread. Then I said to them, ‘My good young men, you want me for a wife now that Odysseus is dead and you are in a hurry, but wait until I finish this cloth, for I don’t want to waste the thread I have made it for. This is to be a shroud for my lord Laertes when the fate of dolorous death shall take him off’…I used to weave the web in the daytime, but in the night I unraveled it by torchlight. For three years I kept up the pretence…”

Through this weaving and unweaving Penelope displays her own cunning and courage never giving up on her husband until unbeknownst to her he arrives back disguised and she gives up, setting a test for the suitor who can finally string Odysseus bow and strike the suitors, which of course he does so artfully – all under the careful manipulations of Athena who plays this out beautifully and it is with the utmost grace and modesty that Penelope and Odysseus are finally reunited and peace restored. Fittingly, it is Athena who demands the final word;

“…the mighty fathers daughter, and blazing-eyed Athena wheeled on Odysseus, crying, “royal son of Laertes, Odysseus, master of exploits, hold back now! Call a halt to the great leveler, War- don’t court the rage of Zeus who rules the world!” So she commanded. He obeyed her, glad at heart. And then Athena handed down her pacts of peace between both sides for all the years to come…”

Odysseus’ journey is in a sense delivers a restoration of the divine feminine through a series of initiations via the feminine.  Therefore, far from being another masculine hero tale it offers a turning point for both humanity and the students who engage with it, to restore balance to a world that has been ravaged by turmoil and a misplaced orientation of the masculine to the feminine.  “The Odyssey re-weaves what The Illiad had torn usunder – the fullness of the feminine principle in all her qualities and manifestations.” 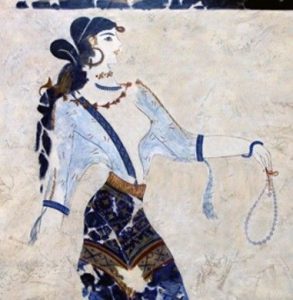 Minoan female figure with prayer beads Fresco Pottery and wall art from the ancient Minoans: From around 2700 to 1450 BC 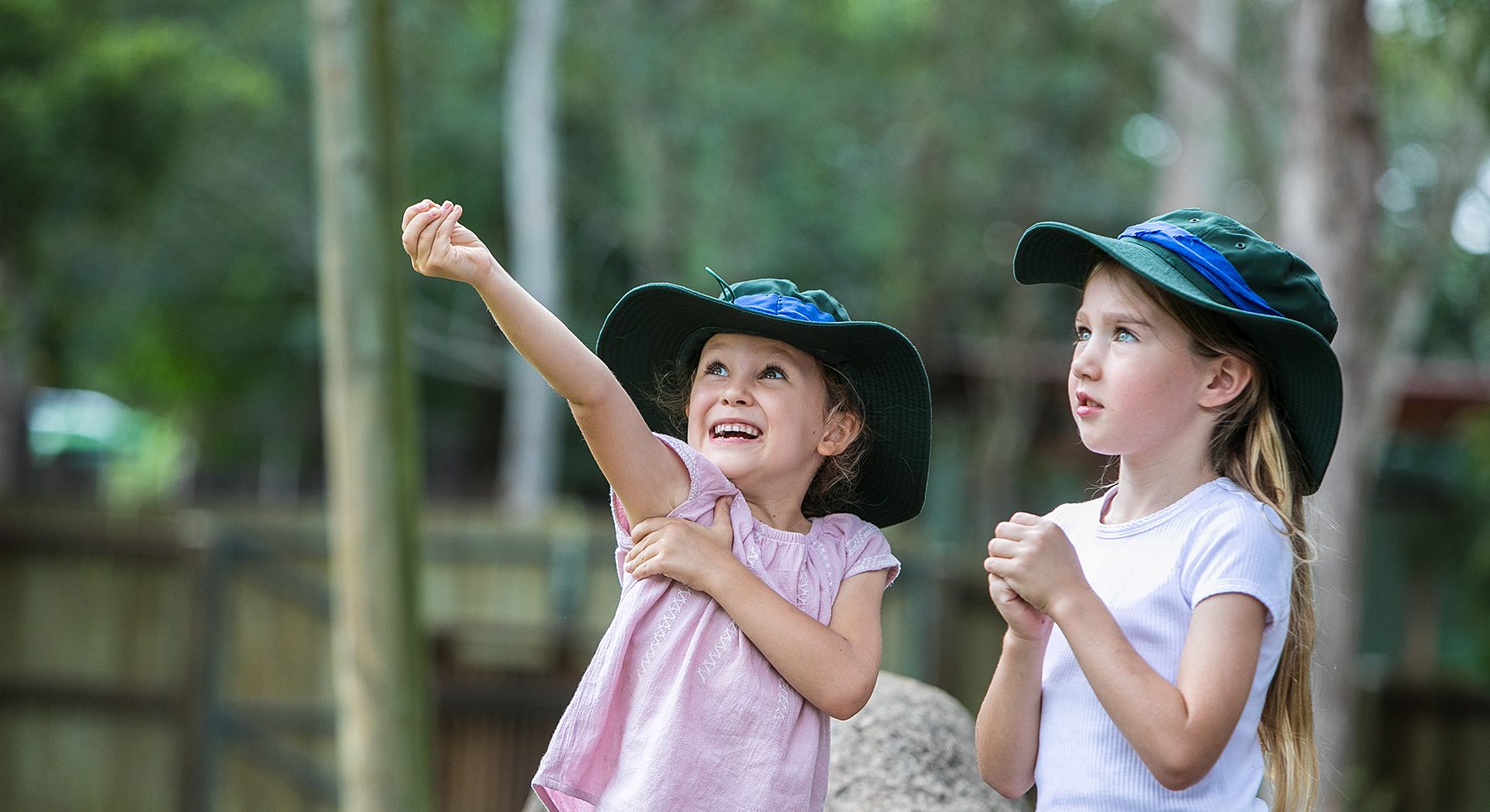